Of all surgical wounds, the highest rate of surgical site infection occurs with lower limb amputations.1 Infection complications include rupture of the suture line, cellulitis, delayed healing and further surgery. It is vital to aggressively monitor amputation wounds for clinical signs and symptoms of infection.

“I was ready to perform skin graft surgery on this patient. The wound looked clean and appeared to be a good candidate for skin grafting. The MolecuLight i:X completely changed my decision making and resulted in not only time and cost savings but also an improved patient outcome.”

Dr. Jeffery is a consultant plastic surgeon for the Royal Centre for Defence Medicine at the Queen Elizabeth Hospital in Birmingham, UK as well as a consultant in burn surgery at the Birmingham Children's Hospital. Dr. Jeffery is a member of the British Burns Association and lectures frequently on both traumatic injuries incurred by British Forces and pediatric burns.

Patient required a right, above knee amputation after severe burns. The stump later became infected, therefore was evacuated, washed out and left open with a plan for subsequent delayed closure.

One week later, clinical assessment suggested the wound was granulating well and had no current contraindications for grafting (e.g. bacterial contamination). The patient was deemed ready for operating theatre for limb closure with a graft.

However, MolecuLight i:X fluorescence images taken prior to theatre revealed bacterial burden in the lower edge of the wound. Probing of this area revealed the presence of pus, which was later confirmed to be E. coli and P. mirabilis.

Based on this information, the clinician decided to delay the skin graft operation, which would not have been successful if pursued.2,3

Potential Cost Savings (estimated in $US)1,7-9

In this particular patient, MolecuLight i:X images prevented an unnecessary surgery and saved the hospital approximately $19,550 US. This figure does not include the additional healthcare costs of treating a failed infected skin graft, which would almost certainly have developed in this stump had a graft been performed. 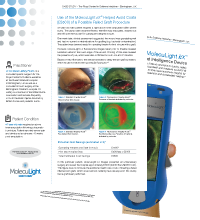 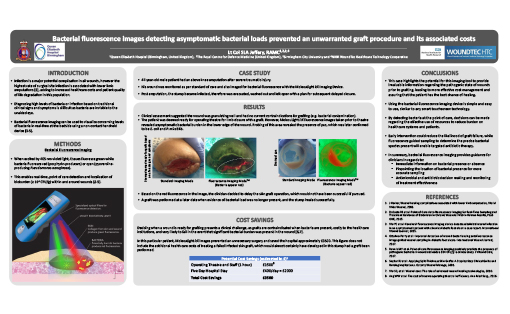 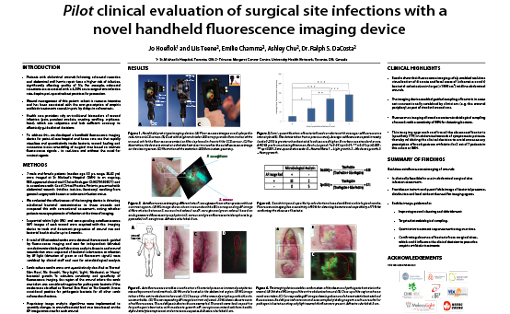