Bacteria are getting tougher, but no truly novel antibiotics have made it to market in 30 years

Three of the most fearsome bacteria in the world are Acinetobacter baumannii, Pseudomonas aeruginosa, and Enterobacteriaceae. This is because these bacteria have developed resistance to key antibiotic drugs since the more an antibiotic is used, the less effective it becomes over time.

The reality of the antibiotic market works against the traditional pharmaceutical marketing strategy. Rather than being used as widely as possible, drugs have to be reserved and used only when needed. The World Health Organization (WHO) warns that new drugs by themselves won’t solve the antibiotic resistance problem. It’s also calling on health officials to develop ways to reduce the risk of infections, and encourage the responsible use of existing drugs in both humans and animals.

“Antibiotic resistance is growing, and we are fast running out of treatment options. If we leave it to market forces alone, the new antibiotics we most urgently need are not going to be developed in time,” Dr. Marie-Paule Kieny, WHO’s assistant director-general for health systems and innovation, said in a press release.

Clearly, drug development and research will not be enough to help the antibiotic resistance problem. 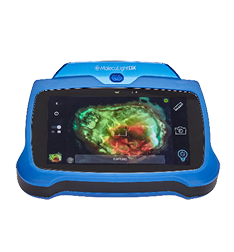